John P. Brown was born April 13, 1864 to Dr. John B. Brown and Martha Ashley Brown in the Leesville community of southern Robeson County. His mother died when he was six years old leaving only his dad to care for him and his younger brother Will. I speculate that Dr. John B. Brown remained in the Leesville community because that's where his wife's parents and several siblings lived and could help attend to his boys.

Young John began attending Ashpole Institute shortly after its founding but was not one of the first students. He graduated there and subsequently attended the University of Maryland where he received his medical degree in 1882. He subsequently did graduate work in Baltimore and New York City but returned to the Ashpole area in 1886 to practice. He had purchased land adjacent to his father's land in Ashpole and, on marrying Florence Sanford in 1892, built a home there. It was the showplace of downtown and quite modern. He had his own elevated storage tank for water, so the home and his drug store had indoor plumbing. 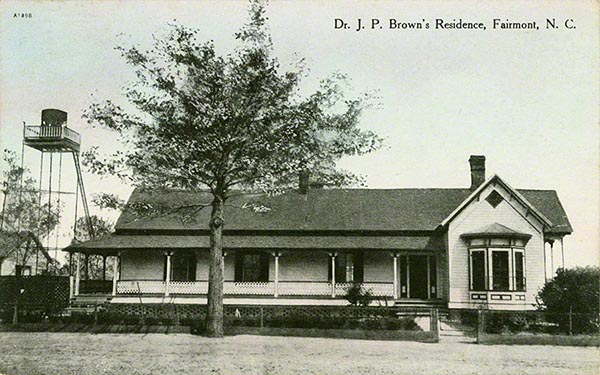 It was about this time that Dr. Brown had constructed a harness racetrack in the vicinity of the current Fairmont Masonic Lodge. He was president of a racetrack association and travelled throughout the Pee Dee area indulging his hobby until about 1915. 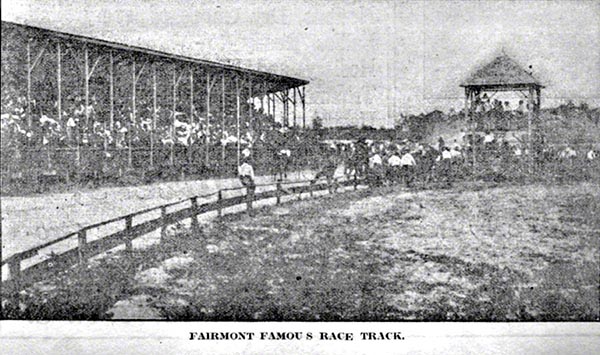 Also in 1892 Brown was named the local surgeon for the Atlantic Coast Line RR. At the same time he became interested in helping Ashpole grow and develop. He was instrumental in the South Eastern Railroad building a line from Elrod on the ACLRR main line to Ashpole. In 1898 he had the village mapped and streets laid out showing the different parcels of land. On October 14, 1898 he conducted the first auction sale of lots in Robeson County.

On February 17, 1899 the village was incorporated as Union City by act of the NC Legislature. Dr. Brown immersed himself in real estate development, determined to see the new town grow and prosper. He established a drug store in 1899 as an adjunct to his medical practice but eventually that practice became less and less important to him financially. He was one of the charter stockholders of the Bank of Fairmont and was a town councilman. After numerous fires in the business district, Dr. Brown pressed for a town ordinance requiring that only brick buildings be constructed there, and in 1904 began construction on two buildings to house the J. D. McLean Company.

No aspect of real estate development eluded his eye. In June, 1907 he had one of his properties surveyed and lots laid out for a new cemetery on the Orrum highway. Within two weeks he was selling lots. Nothing escaped his attention.

As Dr. Brown aged, the practice of medicine became less important to him since Fairmont had more doctors than when he first began practice. He sold his drug store in 1908 to H. H. Pittman, a Fairmont native who had been working in the Winston-Salem area. Ashpole Drug became Pittman Drug and remained that way until after Pittman's death in 1919. Dr. Brown maintained an office above the drug store for many years.

Florence Brown died on January 30, 1923 of complications from influenza at age 54. Mrs. Brown had been active in Trinity Methodist Church from her arrival in town as her father was himself a Methodist minister. She and her friends helped to raise money to purchase property for a manse and contribute to the relief of families of pastors who had passed away.

Dr. Brown remarried to Miss Katherine Vesty and the two spent the rest of his life travelling across the U. S. and Mexico. He had purchased a grapefruit orchard in the Rio Grande Valley of Texas and visited it regularly. While there he would travel into Mexico to visit Tijuana and the racetrack. He always loved a good horse race.

Dr. John B. Brown came to the Ashpole area during early manhood. That's the most specific information I can find. He purchased property in the Leesville area from John W. Powell in 1862, a year before his marriage to Martha V. Ashley. Dr. Brown's first son, John Powell, was born in 1864 and his younger son, William Currie, was born in 1866. Martha died on February 18, 1870.

It appears that Dr. Brown moved into Ashpole itself in the mid to late 1880's as he purchased a lot from Stinceon Ivey near Ashpole Church in 1883. On this lot he built a house that he lived in until his death in 1905. 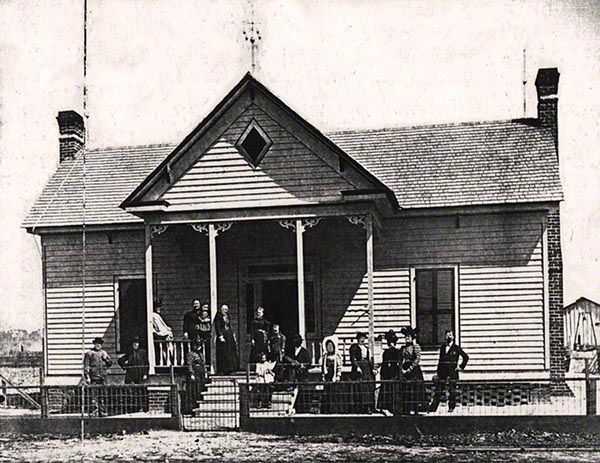 He had married Mary Francis Pitman, daughter of Henry Flowers Pitman, in 1876 but they had no children. In the intricate intertwining of the Pitman family tree, it turns out that Martha's sister Rosa was Mary Francis' mother. 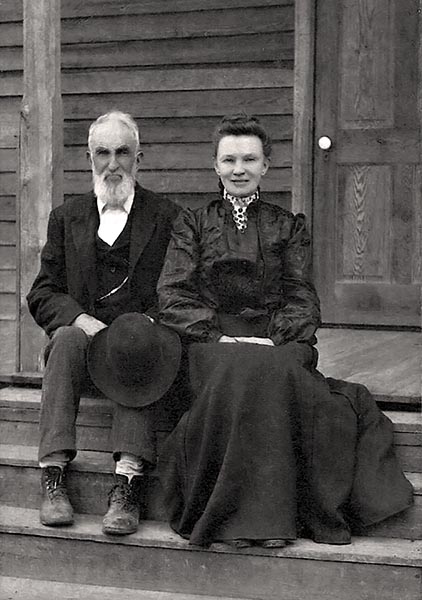 In his later years Dr. Brown helped to establish the First Presbyterian Church in Ashpole and was its first clerk of session. His son, John P. Brown, and A. L. Jones each donated an acre of land for the first church, which was located where the Ed Hodges Station and corporate office is now located at the intersection of Walnut and Red Cross Streets.