The Ashpole race riot of 1898 is not something that is commonly discussed or easy to write about. I have only found three clippings from all area newspapers with any information and none of these directly discuss its cause.

The riot occurred one night in mid-October, 1898. As you can see from the articles shown below, no date was given, the only reference being "a few nights ago" in the Oct. 23, 1898 Wilmington Messenger. No cause was given, it being inferred that everyone knew the cause. Three men were shot when ambushed, William Bullard, Robert Inman, and Albert Floyd, but not seriously injured. One store owned by H. B. Stubbs was robbed and burned. A later paper listed the riot as beginning on Friday night (10-21) and continuing through Saturday night (10-22) but I believe it started a day or two before this.

Eleven blacks were arrested and carried to the jail in Lumberton. Watchmen were stationed throughout and surrounding the town. It is stated in the 10-27 article that a black had failed to register at the proper time and was refused, thus precipitating the riot. This article reported that one had been killed and two wounded -- conflicting reports in the same newspaper on consecutive days.

What really happened? I am not sure. I am certain it involved voter registration being denied to one of the rioters. Whether this was an honest misunderstanding or an intentional denial of rights is not clear. Given the political climate throughout North Carolina at the time, I am inclined to believe it was intentional.

More about the political climate and race relations at this time can be learned by searching for Wilmington race riot of 1898. This occurred November 10, 1898. The Ashpole riot was its precursor. Wilmington was much, much worse than what occurred here. 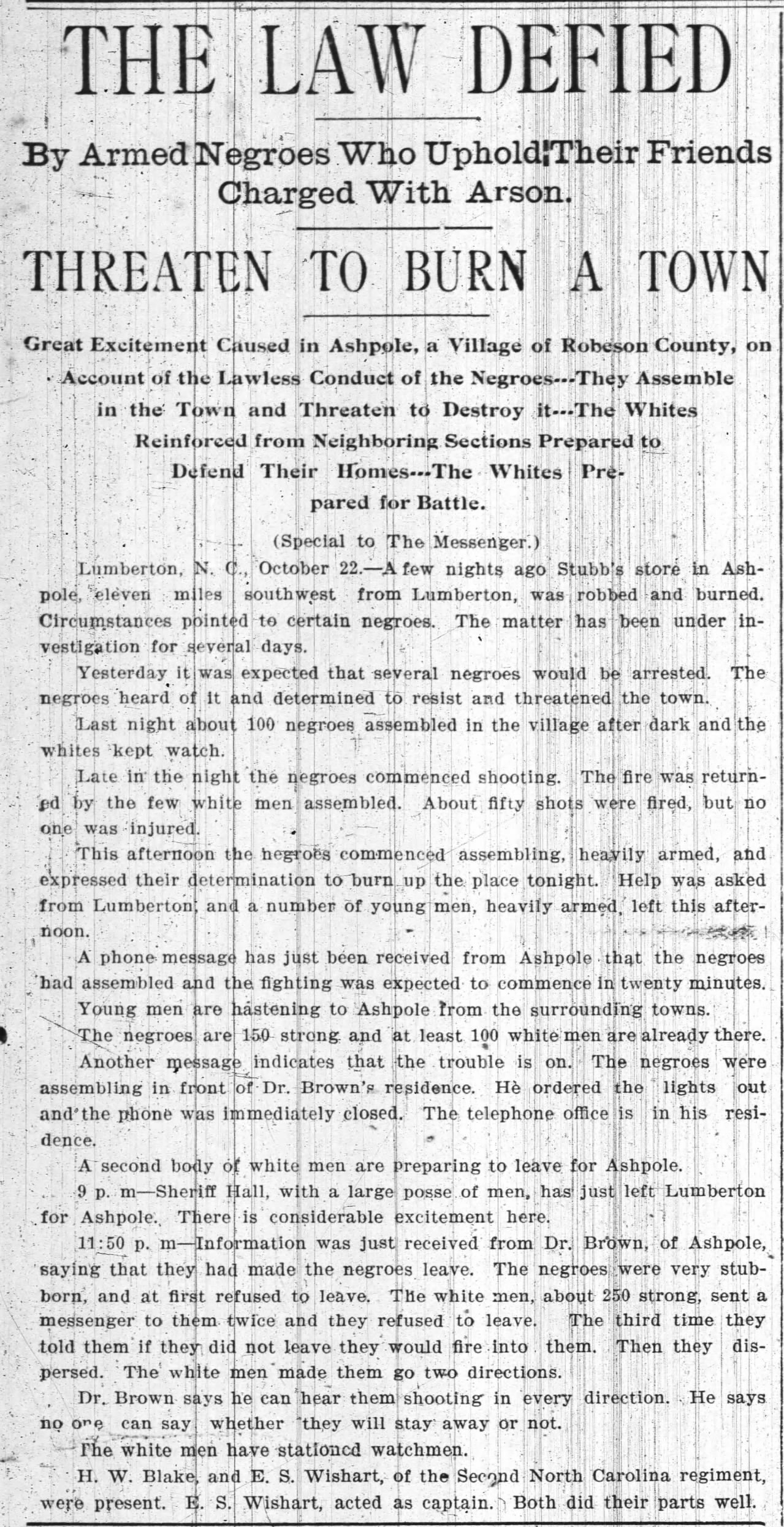 For the record, no Robesonians are available for this time period even though it was being printed then. Nothing nefarious here, it's just that the issues during that time period were not archived for future access. There was nothing in The Fayetteville Observer, Raleigh News & Observer, or Charlotte Observer relating to this incident. ALL online history of Ashpole/Union City/Fairmont makes no mention of it. A search of the North Carolina Digital Archives found no mention; however, there is much information relating to the Wilimgton riot which occurred on Nov. 10, 1898.