After almost one year without a bank in town, Fairmont citizens were relieved when the Waccamaw Bank and Trust Company of Whiteville received permission to open a branch in Fairmont on January 2, 1934. The bank opened in the building at the corner of Main and Iona Streets. Wayland Lennon, a native of Chadbourn, was cashier and manager of the branch. He reported deposits of more than $40,000 during the first two days of business.

By December, 1937 the bank had established itself in lower Robeson County. During tobacco season its daily cash payouts were about $200,000, and the Fairmont branch led the Carolinas in daily transactions. From the November 29, 1937 Robesonian: "It is said that no other bank in North or South Carolina paid out that much money in the course of a regular day's business. More than $9,000,000 is cash is handled this way during the tobacco selling period."

Because business was so good, the bank sought to expand to a larger location but none was available. World War II broke out when they were ready to build, so building materials were rationed and unavailable for the duration of the war. In March, 1946, Lennon announced the purchase of the 65x56 lot on the southeast corner of Main and Center Streets to build a new building. Construction was to begin as soon as building materials could be procured through the still-in-existence rationing board. This took fifteen months. Construction began in June, 1947 and was completed July 1, 1948. An open house to show off the new facility was held July 8.

The building continued to be serviceable until 1966 when technology and modern creature comforts dictated that a remodeling was needed. Architects drew plans that completely redesigned the building inside and out. Offices upstairs were removed and the bookkeeping department was moved there along with an employee lounge. The downstairs was redesigned to improve customer flow. The grand re-opening was held July 31, 1967.

The Bank of Ashpole was founded by a group of local businessmen in February, 1904. Lawyer R. C. Lawrence of Lumberton handled the process of securing the charter from the State of North Carolina and on June 20, 1904, the bank opened its doors for business, just in time for tobacco season.

The following were elected officers at the organizational meeting: A. S. Thompson, President; J. P. Brown, Vice President; F. L. Blue, cashier; and A. J. Floyd, R. O. Pitman, O. I. Floyd, A. N. Mitchell, Directors. Frank L. Blue as cashier was the bank's chief operating officer and as mayor was instrumental in changing Ashpole's name to Fairmont. The bank changed its name to the Bank of Fairmont at the same time. 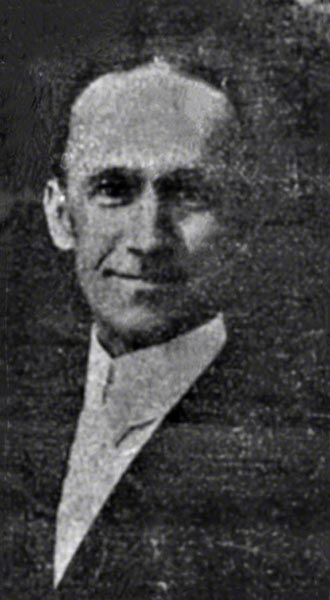 From the August 13, 1914 edition of The Fairmont Messenger, it was noted that in the 10 years that the bank had operated it had made 2,264 loans totaling $1,007,782.95 and was worth more than twice the paid in capital of $21,000. It had financed projects large and small, including many of the brick stores on Main Street and the 1912 construction of the brick First Baptist Church. Additionally, it cashed checks for the tobacco sold in town.

The bank was the victim of an embezzlement of about $15,000 in 1922 by assistant cashier H. L. Blue that caused it to be placed into receivership. Blue pled guilty and judgement was deferred pending reimbursement of the money stolen, reimbursement of audit costs and payment of lawyer fees. The money was eventually recovered.

President Franklin Roosevelt declared a banking holiday immediately after his inauguration on March 4, 1933. All of the banks were required to submit to tests by the Federal Reserve to determine their financial stability. The Bank of Fairmont did not meet the minimum requirements and was therefore not allowed to reopen and was placed into receivership in August, 1933, leaving the community without a bank.