In 1909 Alexander Baker came to Fairmont to do survey work for the Beaufort County Lumber Company of Whaleyville, VA and Salisbury, MD. They had recently acquired land and timber rights from the South Eastern Lumber Company of Fairmont, which was in the process of winding down its business. Mr. Baker surveyed the land and laid out what was to become a lumber yard, sawmill and kiln drying plant as well as a residential area with streets and lots for building houses for the workers. 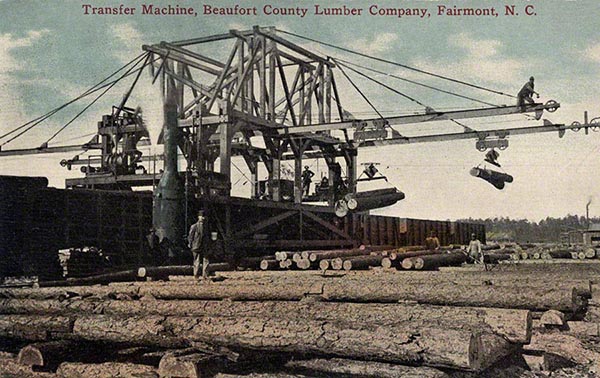 In early 1910 the first workers began to arrive. Among them were H. B. Phillips, manager; Dr. L. E. Ricks, the company doctor; D. C. Lassiter, engineer for the logging train and George Cole, company accountant. Homes were constructed on Jackson Street along with offices and the company store. Homes were built on the Lumberton Highway (North Main Street) for management personnel. Locals were hired but the management and key personnel were imported from the company's previous location in Shelmerdine, NC. 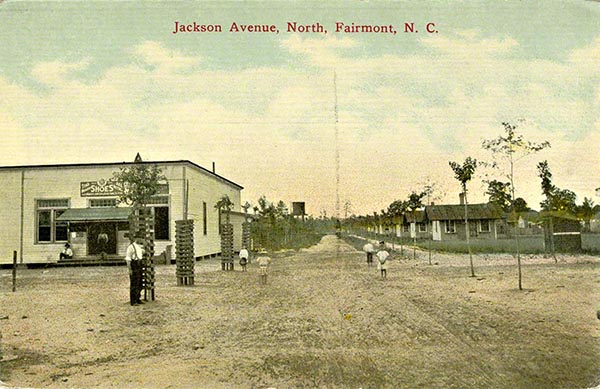 The local school, which had been constructed in 1906, was increased in capacity by 50% to accommodate children of employees of the company.

From 1910 until 1924 the company was a mainstay in the Fairmont business community and, at its peak, employed 400 people. The company's first rail shipment of logs to Whaleyville generated $703.83 in freight charges for 40 rail cars. It was reported that the company expected to ship this much every other day.

The company village, called North Fairmont, was incorporated into the town by act of the NC Legislature in 1922. When the company began moving its operations to Longwood, Columbus County in 1925, it started a selling program to divest itself of its Fairmont property. One of the many who purchased some of this property was Richard Bradshaw who eventually acquired more than fifty parcels from Jackson Brothers, Beaufort County Lumber Company and W. T. Sledge.