For twenty years, Mrs. Bessie S. Fisher operated a private kindergarten in her home, giving an entire generation of children a head start in their schooling. Mrs. Fisher, wife of A. A. Fisher, a rural mail carrier here, was widowed in October, 1947 and needed a way to put food on the table and keep two children in college. 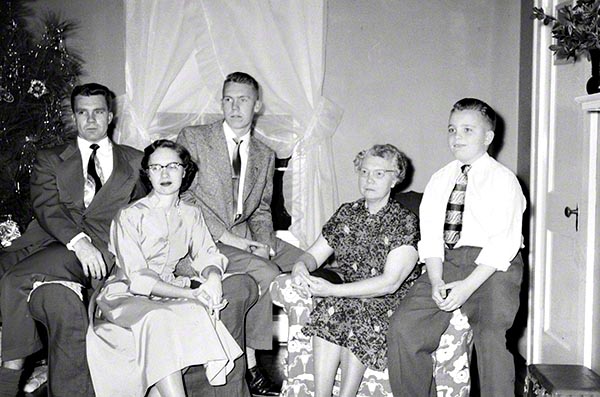 Since there was no public school kindergarten in Fairmont, she decided to start one in the living room of her house adjacent to Trinity Methodist Church. Beginning in September, 1948 introduced the baby boomers of Fairmont to the joys of learning. With large classes and small ones, she taught us how to be quiet when asked, wait our turn, say please and thank you in addition to the usual kindergarten skills.

Each of her four children finished college, and she always had a big smile when asked about them. Below are Mrs. Fisher's kindergarten classes except for 1949, 1950 and 1965. All are from the Times-Messenger archives and are used with permission. 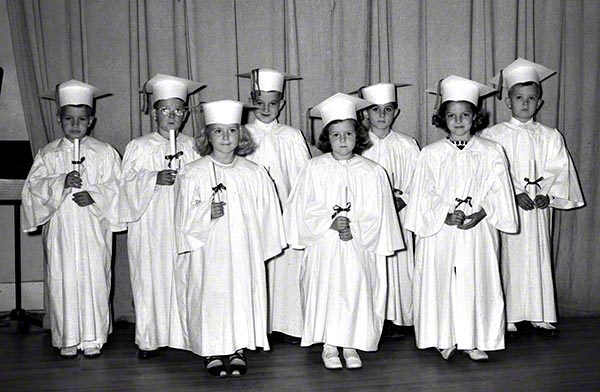 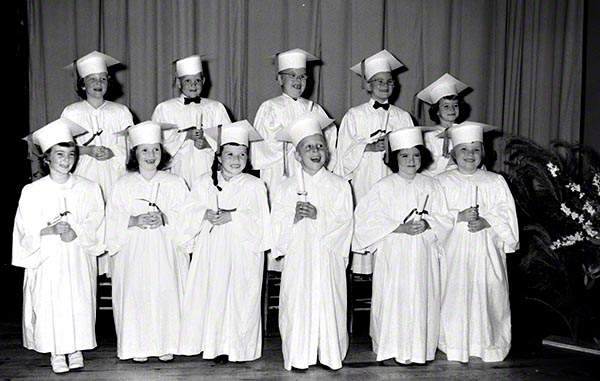 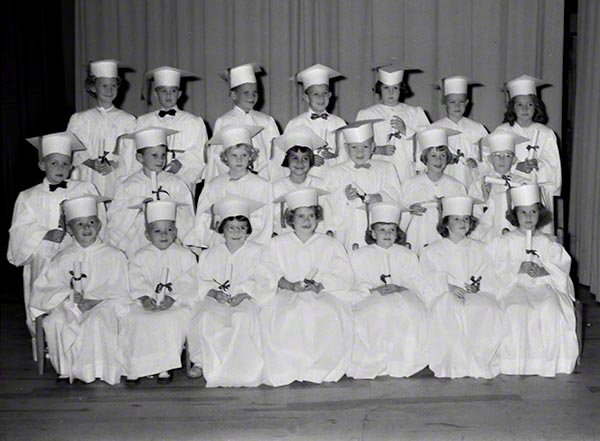 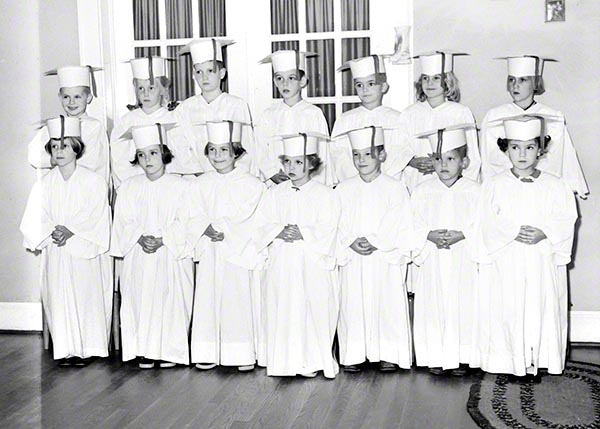 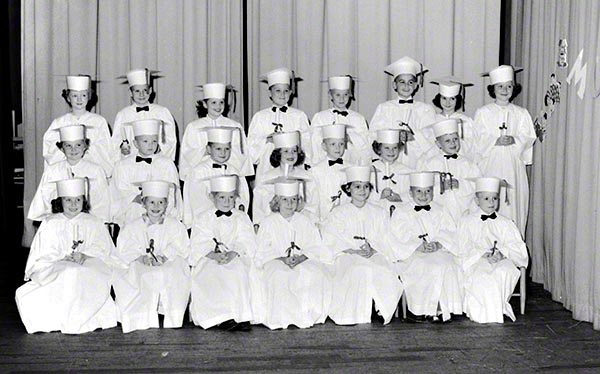 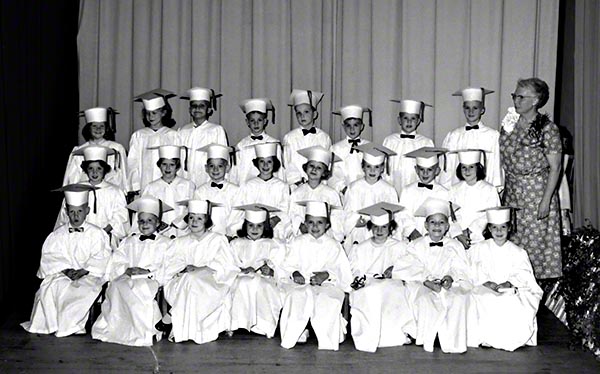 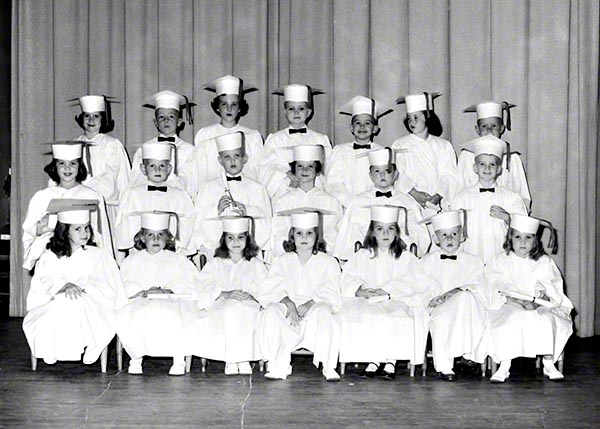 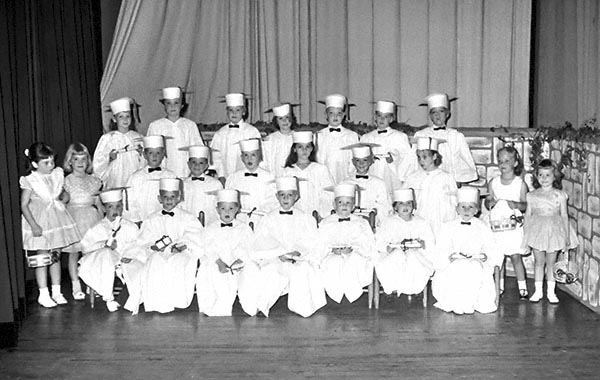 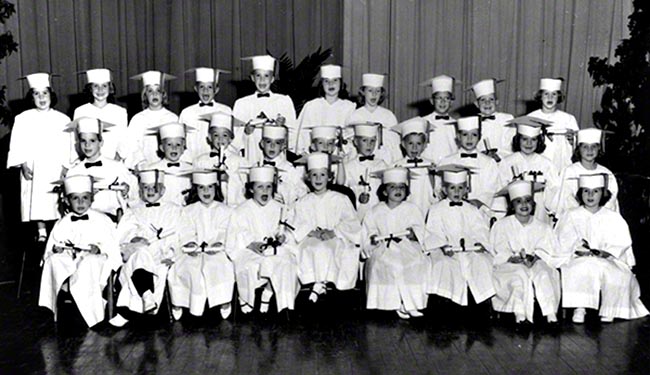 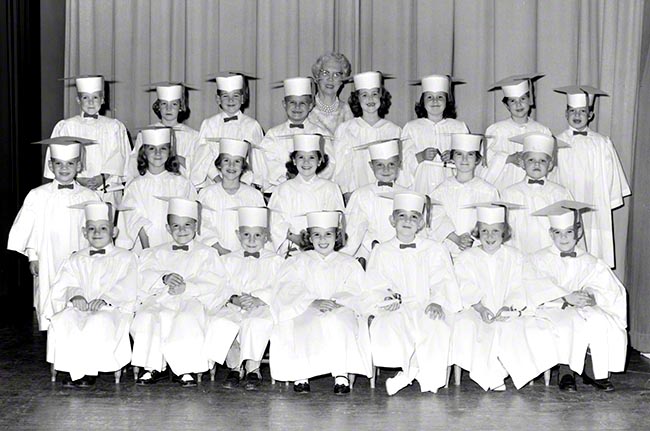 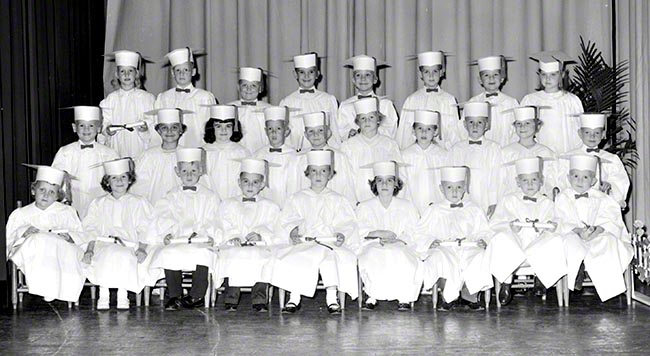 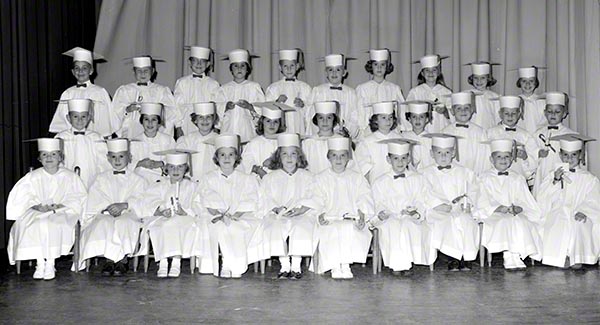 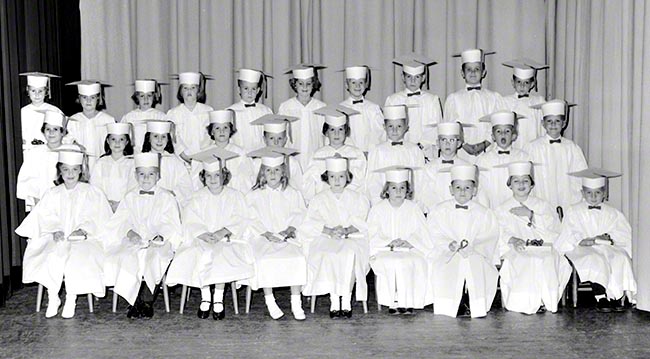 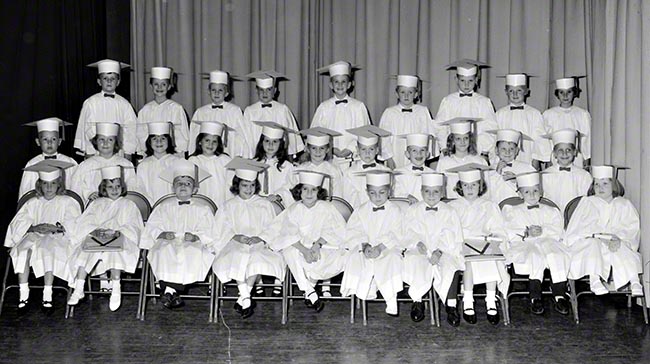 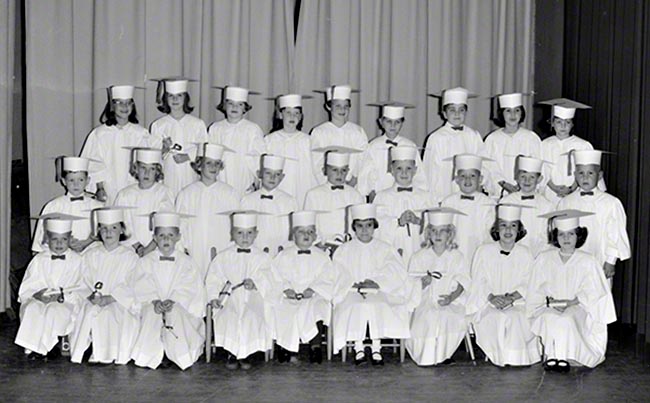 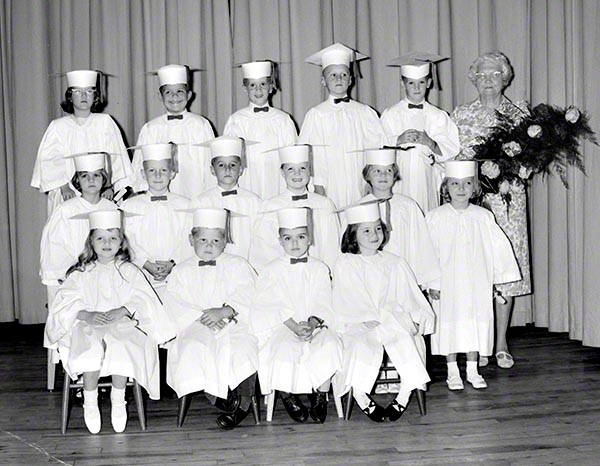