Andrew Justin Floyd was born October 30, 1858 to Giles Pinkney Floyd and Sarah Caroline Smith. He was the fifth of nine children; however, three older siblings died before reaching age five. He married Margaret (Mollie) Pittman on February 8, 1888 when he was 29 and she was 19. She was the oldest daughter of James Pinckney Pittman and sister to several prominent Fairmont women. Together they had six children: Alva, James (Jim), Walter, Yates, Vann and Nell. 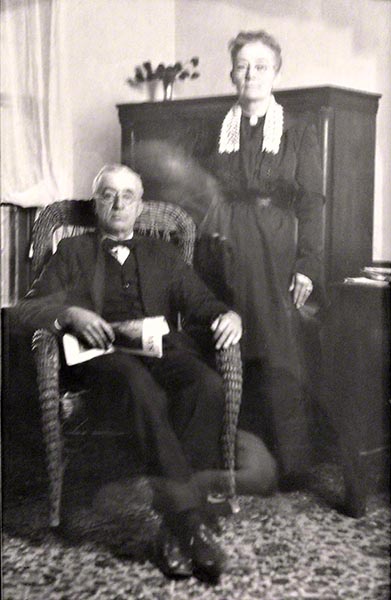 Mr. Floyd came to Fairmont in 1872 at age 14 and worked as a clerk for Collier Company for twenty-one years. In 1893 he purchased the business and renamed it A. J. Floyd, General Merchandise, and operated it for 32 years until his death in 1925. He built the two-story building at the intersection of Main and Red Cross in 1904, one of the earliest and largest brick buildings downtown. Half of the building burned in 1916, leaving the other half which still stands today. He helped to organize the Bank of Fairmont that same year, becoming a director of that corporation and in 1913 became an organizing stockholder of the Fairmont Light and Power Company. He was also a director and stockholder in the tobacco warehouses. A farmer with extensive holdings, Mr. Floyd financed many other area farmers through his business. In 1920 he helped to organize the Fairmont Building and Loan Association and became its Vice President. 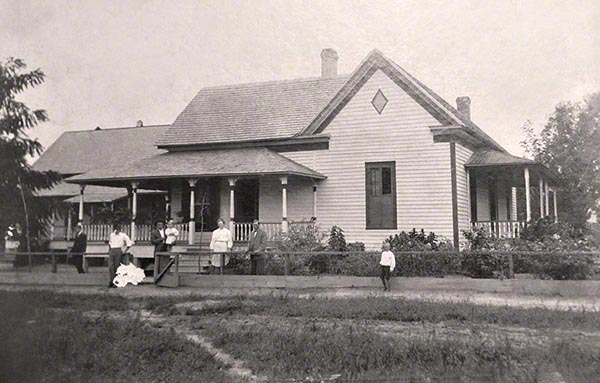 He built his home on Iona Street and it still stands today at the intersection of Iona and Floyd Streets. Mr. Floyd served the village of Ashpole as postmaster from 1887 until 1902 when he resigned to take care of other pressing business. Mr. Floyd was active in local politics, becoming chairman of the Robeson County Commissioners in 1910 and remaining there until his death from kidney disease and chronic prostatitis on October 11, 1925.