Ed's life was to follow a similar pattern as his dad's did. Ed's first wife Mozelle Surrency died in November, 1898, two weeks after giving birth to a son who did not live. They had one son, Olin Clyde, who was born in 1895. Ed was a teacher and continued to teach in Glennville, GA for a time, but eventually returning to Fairmont after 1902.

In 1904 on September 7 he married Georgia Bell Ashley, daughter of Stephen Welles Ashley and Nettie Ivey (daughter of Stinceon Ivey). Together they had six children -- Damon, LaRue, Martha, Guthrie, Belton and Nettie Ruth. Belton died just before his first birthday.

Ed was a bookkeeper for Floyd Brothers for a time on his return but soon opened a general merchandise business in the oldest brick building downtown (the two-story portion of the Heritage Center). 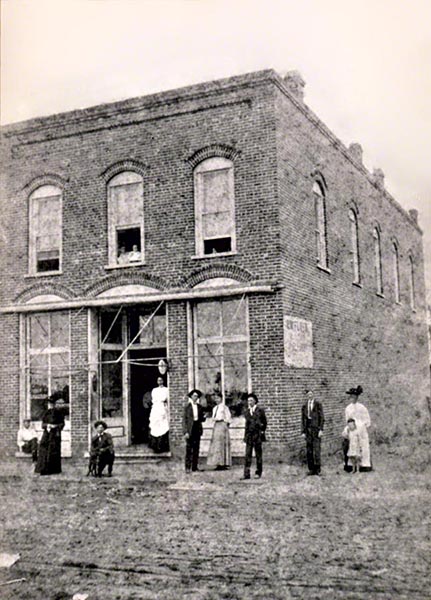 In 1907 he purchased an interest in the Fairmont Messenger, a weekly newspaper, from S. F. Thompson and edited it until the paper was sold to the Wilson brothers in 1911. He then opened a general merchandise store which featured ladies hats made by an onsite milliner as well as more traditional fare. 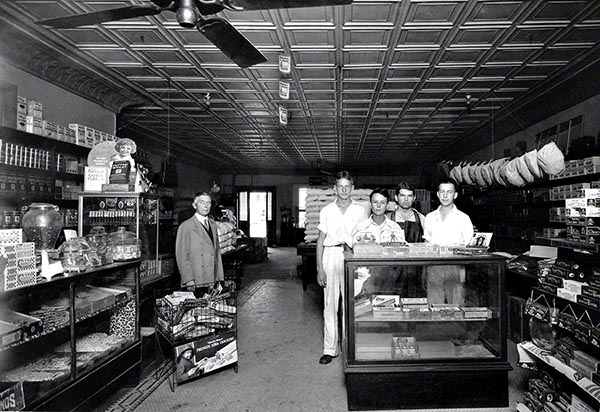 Three of his children made lasting contributions to Fairmont. Guthrie was in the grocery business specializing in fresh meats and fish, working for himself and others. Martha taught school for many years in the Fairmont system, teaching an entire generation of first and second graders. Nettie Ruth, blind from birth, operated her own magazine subscription agency for more than 45 years.