Francis Jones came to Ashpole with the arrival of the South Eastern Railroad with whom he was a conductor. Jones, of Mt. Olive, had operated out of several other towns prior to arriving here. He had a variety of mechanical interests that manifested themselves in many "firsts" for the town.

After marrying Maude Pitman, daughter of Henry Flowers Pitman, in March, 1900, they together produced four children -- Rose, Wright, Frank and Gerald -- and built a home on the southwest corner of Iona and Trinity Streets. There F. C. installed an elevated cypress water storage tank with a diesel engine to pump the water from the ground up to the tank so they could have running water and indoor plumbing. He owned the first automobile in town, a one-cylinder International. When it needed work a mechanic had to come from Wilmington at a cost of one dollar an hour. After the first call he decided to try to repair it himself and thus became Ashpole's first auto mechanic. He was also first to install electric lights and a telephone. 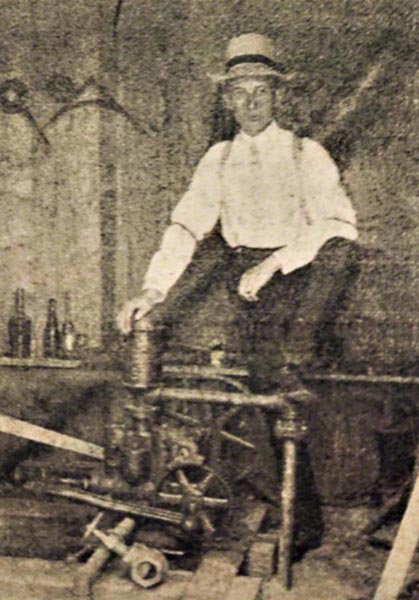 In 1907 he became the Ford Motor Company agent for Robeson County and eventually owned the Chevrolet dealership in Fairmont. He and Maude had a large house and even with four children they were able to provide housing for many single teachers from the Fairmont School located across the street. One of these teachers, Miss Elizabeth Hunsucker of Gibson, NC, married Wright Jones. 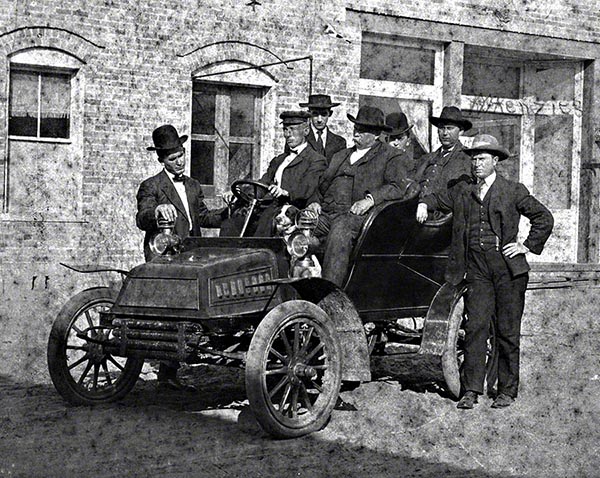 Photo credit: the A. L. McDaniel family via The Times-Messerger archives.

F. C.'s brother Joe was a building contractor who constructed the current Trinity Methodist Church in 1924. The first person married in the new sanctuary was F. C.'s daughter Rose. Joe built a home down Iona Street about a mile from downtown and there raised daughters Louise (Mrs. Ernest Frye) and Maude Allen (Mrs. Robert Stuart).