E. V. McDaniel was born in Marion County, SC to Isham and Delight Hamilton McDaniel in 1868. He migrated to the Baltimore area near Ashpole in 1873 with his family. In 1899 he moved to Fairmont and went into business selling dry goods and fancy groceries. He moved into one of the first brick buildings downtown in 1904 and began his operation there. He soon expanded his business to include fertilizers and established himself as a well-known cotton buyer in the area.

McDaniel became mayor of Fairmont in 1913 and while mayor helped found Fairmont Light and Power Company which electrified the town that year. In 1914, with McDaniel as mayor, Fairmont added sidewalks to the downtown area. During the early 1920's he was Vice President of the First National Bank of Fairmont.

He married Zettie Griffin, daughter of Silas Griffin, in 1893, and together they had eight children, Worth, Ralph, Mark, Wilton, Christine, Mary, Margaret and Kathleen. 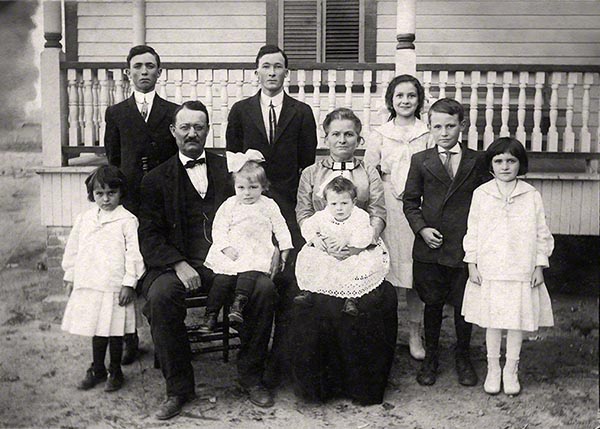 Mr. McDaniel died on July 30, 1944 of a cerebral hemorage and was buried in Fairmont Cemetery.