Two key men in Ashpole's founding have been discovered after having been "disappeared" for more than one hundrred years. How could this have happened? Everyone know the key players, didn't they?

Wade was a timber man, owning or controlling large tracts of timber in eastern North and South Carolina. Additionally, he and two other men owned 135,000 acres of timberland in northern Florida. Wade was involved in three large mills, two in North Carolina, one in Florida and a large general merchandise business in Wade, NC. He also owned a large produce farm in Bingham, SC. Together with A. L. Jones he formed the Southeastern Railway and Lumber Company, leased the undeveloped right-of-way between Elrod and the unincorporated village of Ashpole, and began clearing it in 1897 using chain-gang labor from the North Carolina Department of Prisons. Over 150 prisoners were used to clear the right-of-way and construct the railroad.

By 1898 the railroad track had been completed and the railroad began operating. The South Eastern Lumber Company had been opened and began shipping via the new rail line as did another sawmill owned by Daniel W. Biggs. Wade was a partner in South Eastern with A. L. Jones, who was also superintendent of the railroad. Wade partnered with Dr. John P. Brown and others in the Union City Land and Improvement Company and the Union City Tobacco Company, which built the first tobacco warehouse in the community. Wade operated that warehouse during its first season, 1899. Also during 1899, Wade's railway construction crew began clearing and preparing the right-of-way from Union City to Boardman (then called Hub) where it connected to another line servicing Chadbourn and Conway. 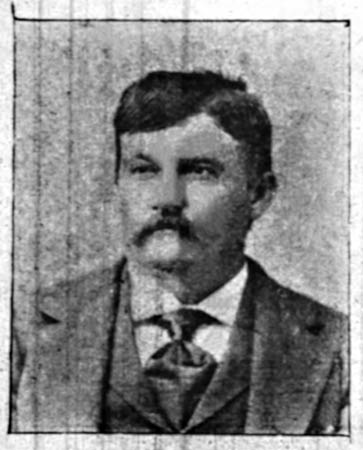 Wade moved from our area in 1900 upon completion of the extension to Boardman. He had completely liquidated his holdings by 1907. He moved to Jacksonville, Florida to manage his timber interests, later forming N. G. Wade Investment Company to manage his investments. Wade dies in 1938.

Information about Daniel W. Biggs has been much harder to come by. He was born in Cumberland County, NC in 1850 and had been in the timber and sawmill business all of his adult life. Of the two sawmills in Uniion City in 1898, Biggs' was the larger operation with a capacity of 30,000 feet of lumber per day. Biggs operated a similar sized sawmill in Sellers, SC. His Union City mill shipped a piece of heart pine which measured 17x17 inches by 76 feet long, reportedly the largest single piece of lumber shipped from the south at that time. Biggs was highly regarded in the lumber business throughout the Carolinas and had extensive marketing contacts to the northern markets of Baltimore, Wilmington, Delaware, and New York City. His Union City mill employed thirty-five men, not counting the logging crews.

The contributions of Wade and Biggs to Union City's incorporation and growth were not insignificant. Because both were soon gone from the area, their contributions were soon ignored. That is sad because they were major players in the establishment of the business community. I hope that this in some small way corrects the error.