World War II caused many changes for Fairmont citizens but none were more disruptive that food rationing. It began as limiting sugar purchases on February 1, 1942 with each person limited to one pound of sugar per week. By May 1 all sugar users were required to register with the local rationing board. 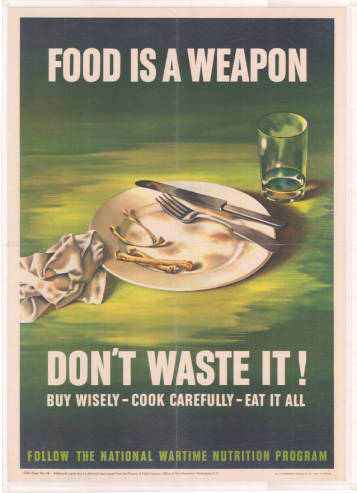 On April 28, 1942 a 25% reduction of coffee consumption was ordered by the Office of Production Management. This was not because it was scarce. Coffee beans were plentiful, but the Germans were sinking US merchant ships as they were leaving Brazilian ports. Merchant shipping was scarce and the government determined that it was too risky to use for a luxury good such as coffee beans. Coffee was fully rationed on November 29, 1942 and limited each person over age15 to one pound every five weeks. This was further reduced to one pound every six weeks on February 3, 1943. This was easily the most despised ration of all the food products and was the first to be removed. On July 28, 1943 President Roosevelt announced the removal of the coffee ration to everyone's great relief.

On March 1, 1943 processed foods, including canned or bottled or frozen fruits and vegetables, canned or bottled juices and soups, and dried fruits were rationed. A complicated points system assigned a point value to each item which was subject to change for the next month depending on price and availability. Newspapers published articles and updates on using the points system to feed the family. 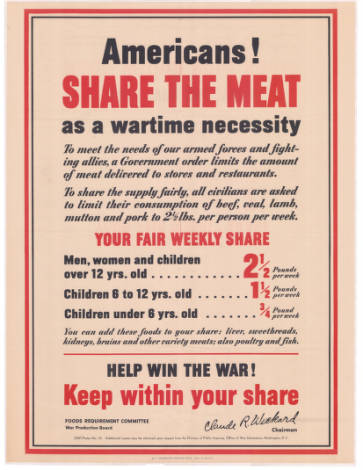 Meat and cheese rationing did not end until November 23, 1945, more than three months after the war ended.