Accustomed as we are now days to never ending war, it is difficult for younger people to comprehend that World War II lasted for only about six years. The United States fought for three years eight months. During that time our military engaged Germany and Japan on three different fronts (Europe, Asia, and the Pacific Islands) and at its peak had sixteen million in uniform from a total population of 135,000,000.

In addition, the United States was the arsenal of democracy. All durable goods manufacturing (automobiles, appliances, etc.) was suspended at the beginning of 1942, the factories being converted to producing military equipment. We supplied tanks, airplanes and other weapons not only to ourselves but also to the British Empire, Soviet Russia, and China. Our farmers did their best to feed our nation and much of the non-Axis world as those on the home front endured strict rationing of automobiles, appliances, food, petroleum products, clothing and shoes.

On May 8, 1945, Germany surrendered to the Allied Powers marking the end of hostilities in Europe. Church bells tolled the news of victory after President Truman's 9:00 a.m. radio broadcast. All of the local churches in Fairmont held services celebrating this and praying for a speedy conclusion of the war in the Pacific. Everyone was prepared for a difficult battle to take Japan. Historians have revealed that the United States war planners expected to take 1,000,000 casualties with an invasion of Japan. 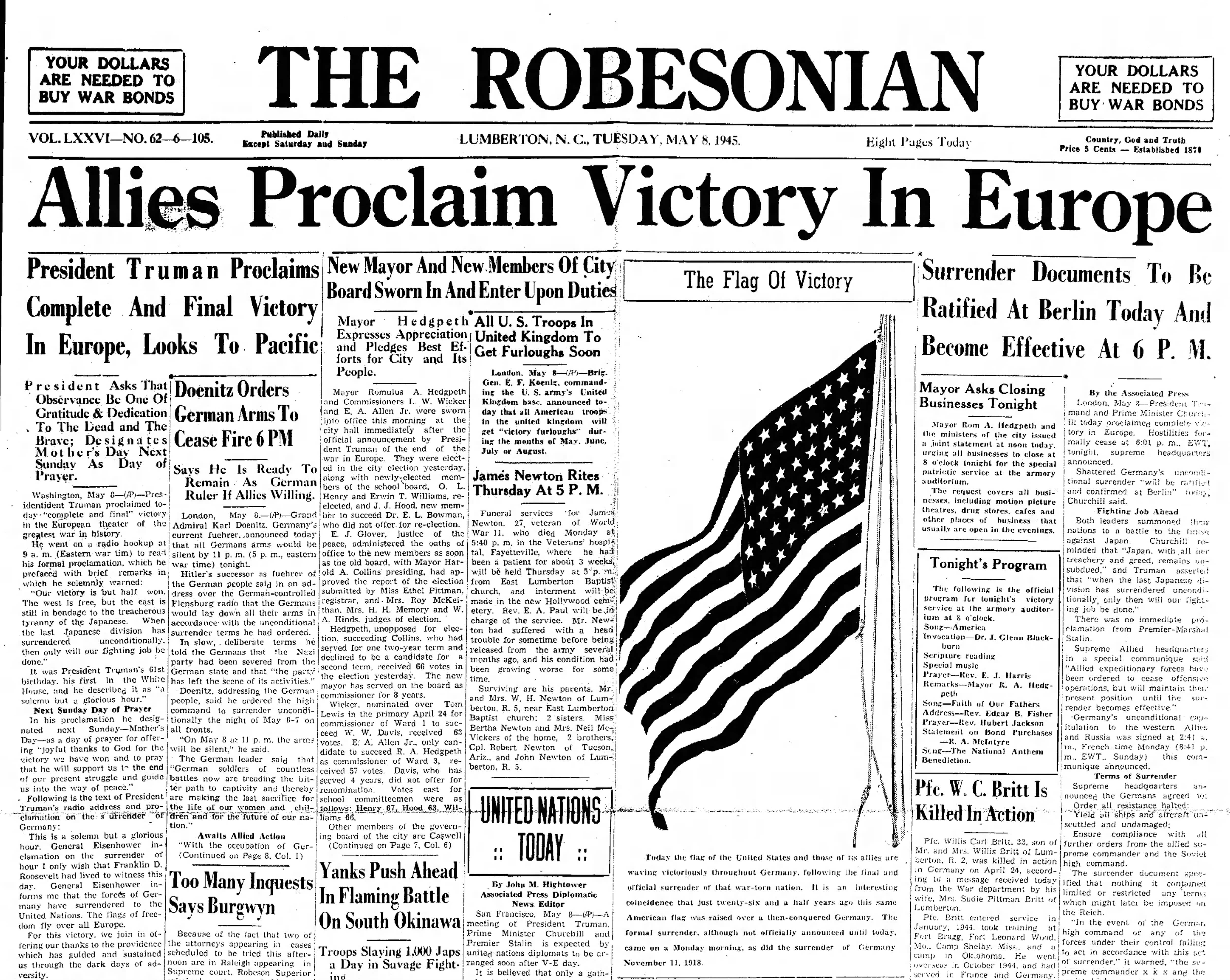 Most Americans did not know that the United States had developed an atomic bomb and was readying it for final testing. President Truman learned of the successful testing of the bomb and prepared to use it after being notified at the Potsdam Conference that he, Churchill, and Stalin were attending. On August 6, 1945, the Enola Gay, commanded by Col. Paul Tibbets, dropped the first atomic weapon on Hiroshima, destroying 90% of the city. When Japan refused the United States' demand of unconditional surrender, another bomb was dropped on Nagasaki on August 9. Japan surrendered unconditionally on August 15.

Again, church bells rang out the good news and people celebrated throughout the country. The United States had conquered Japan and avoided the mass casualties certain to come with an invasion. Formal surrender documents were signed on the battleship Missouri on September 2, 1945 with General Douglas McArthur presiding. World War II had finally ended. 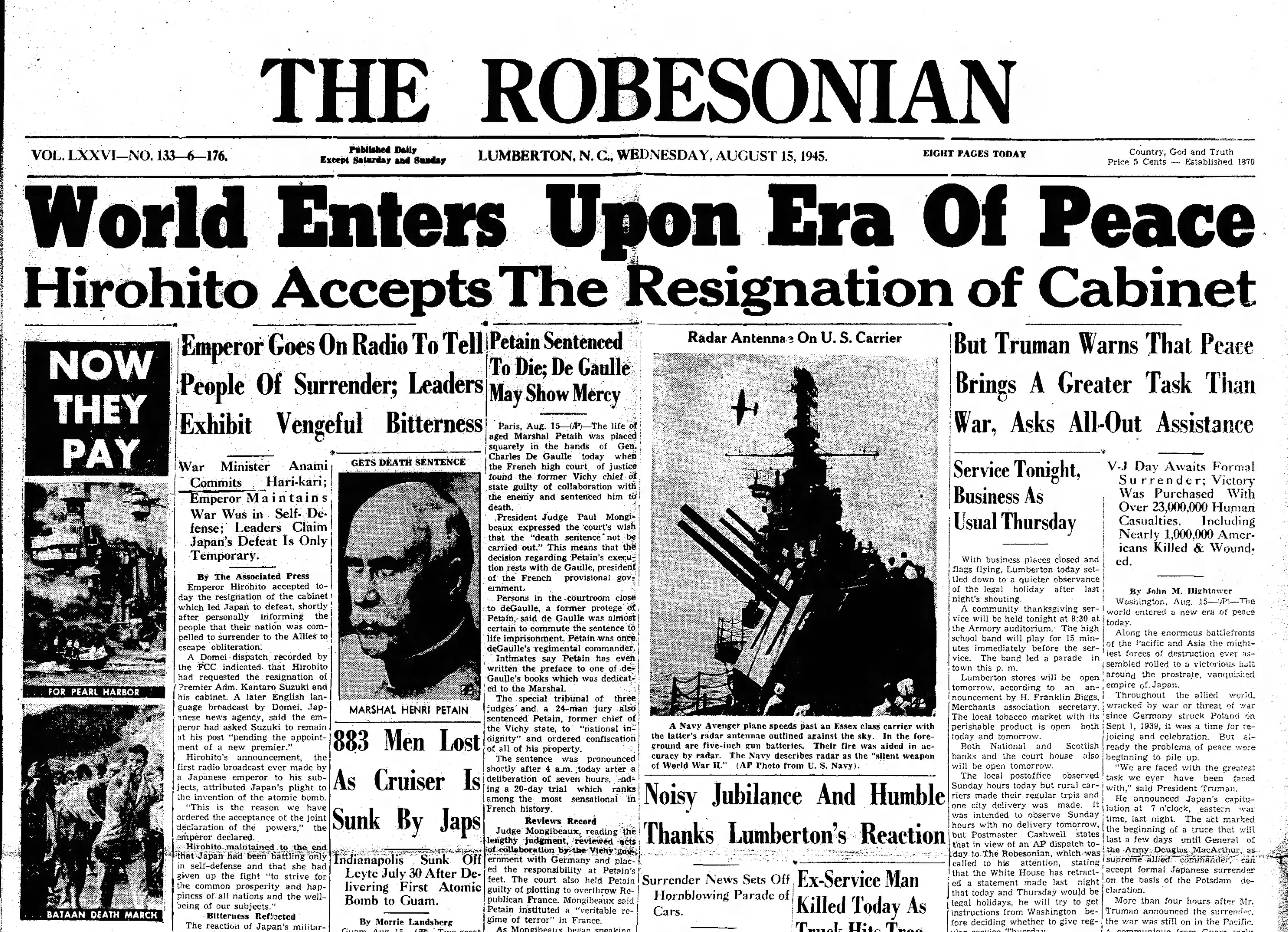