Significant changes have been made to the narrative of how the Southeastern Railroad and the South Eastern Lumber Company came into being, who owned them and how they were eventually sold. The "accepted" version of events, one that had been told for more than 120 years, seems to have been a combination of vague remembrances, hearsay, and intentional omissions. I am just as guilty as anyone else. I took for granted that the accepted truth was in fact true and did not attempt to check it. After all, everyone seemed to agree on it!

In the process of looking for something entirely different, I stumbled upon clippings shown here from the August 24, 1899 edition of the News & Observer. Imagine my surprise when I read this. I began looking for other confirmation in other newspapers from that time period and found the clips shown below. They are from the Fayetteville Observer, Wilmington Messenger and Wilmington Morning Star. All are from the period 1897 through 1900 and are contemporary accounts. I put more credence in these accounts than those that were written 15+ years after the fact by someone who was not living in Ashpole when they occurred.

In short, here is my proof for the changes made to the origins of the Southeastern Railroad, the South Eastern Lumber Company, Beaufort County Lumber Company, Early Tobacco Warehouses, and biographies of Dr. J. P. Brown, A. L. Jones, and A. J. Floyd. At some point I hope to get these changes published in our paper of record, The Robesonian, both to correct a 120-year error and to permanently set the record straight. 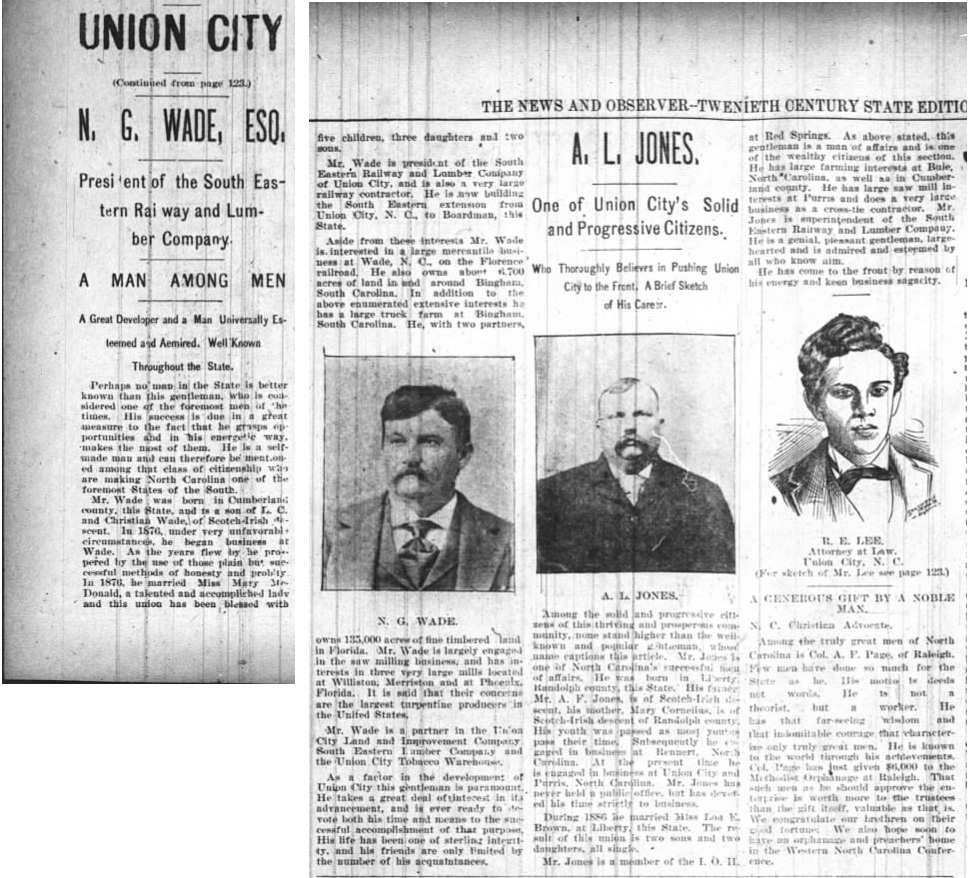 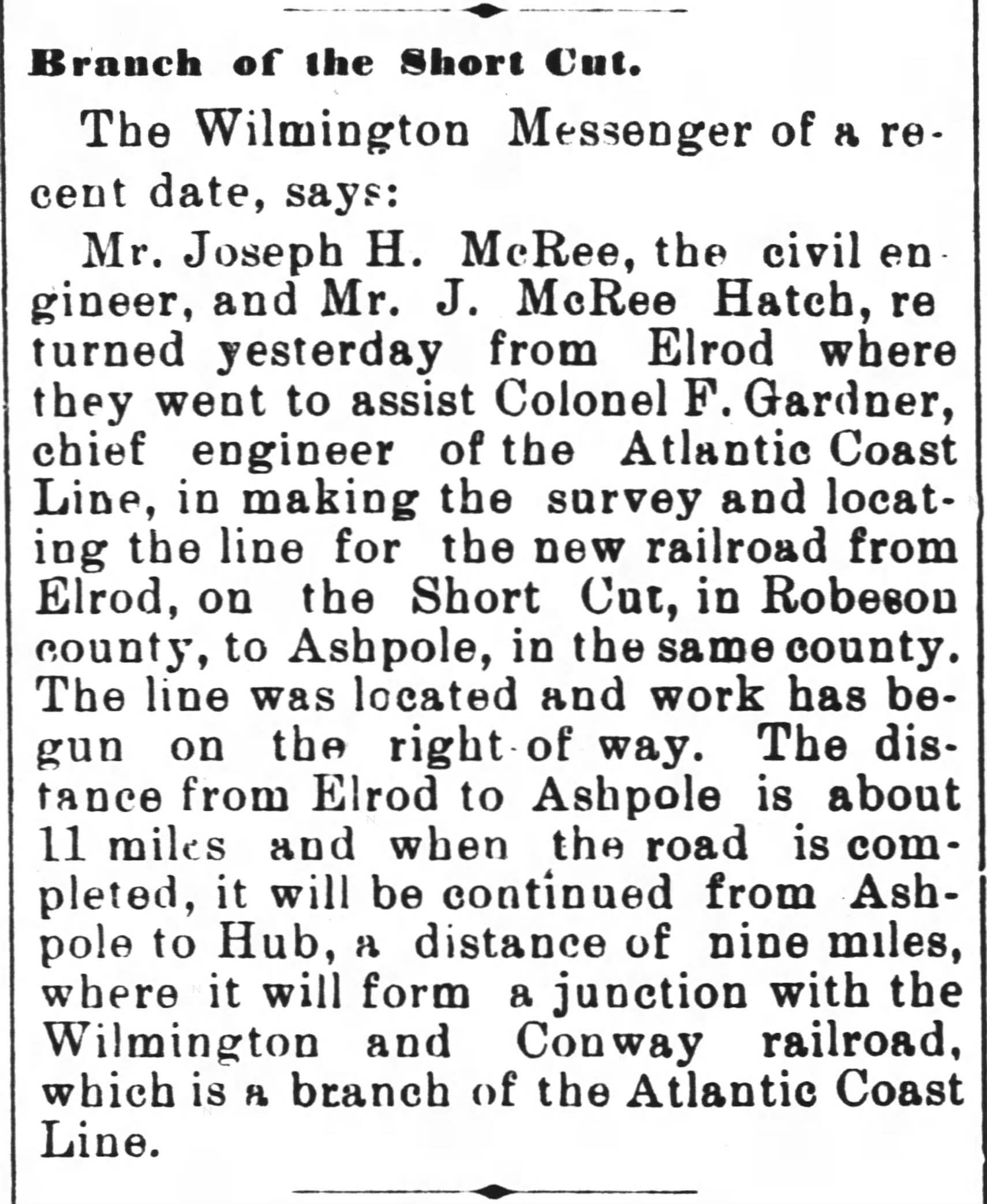 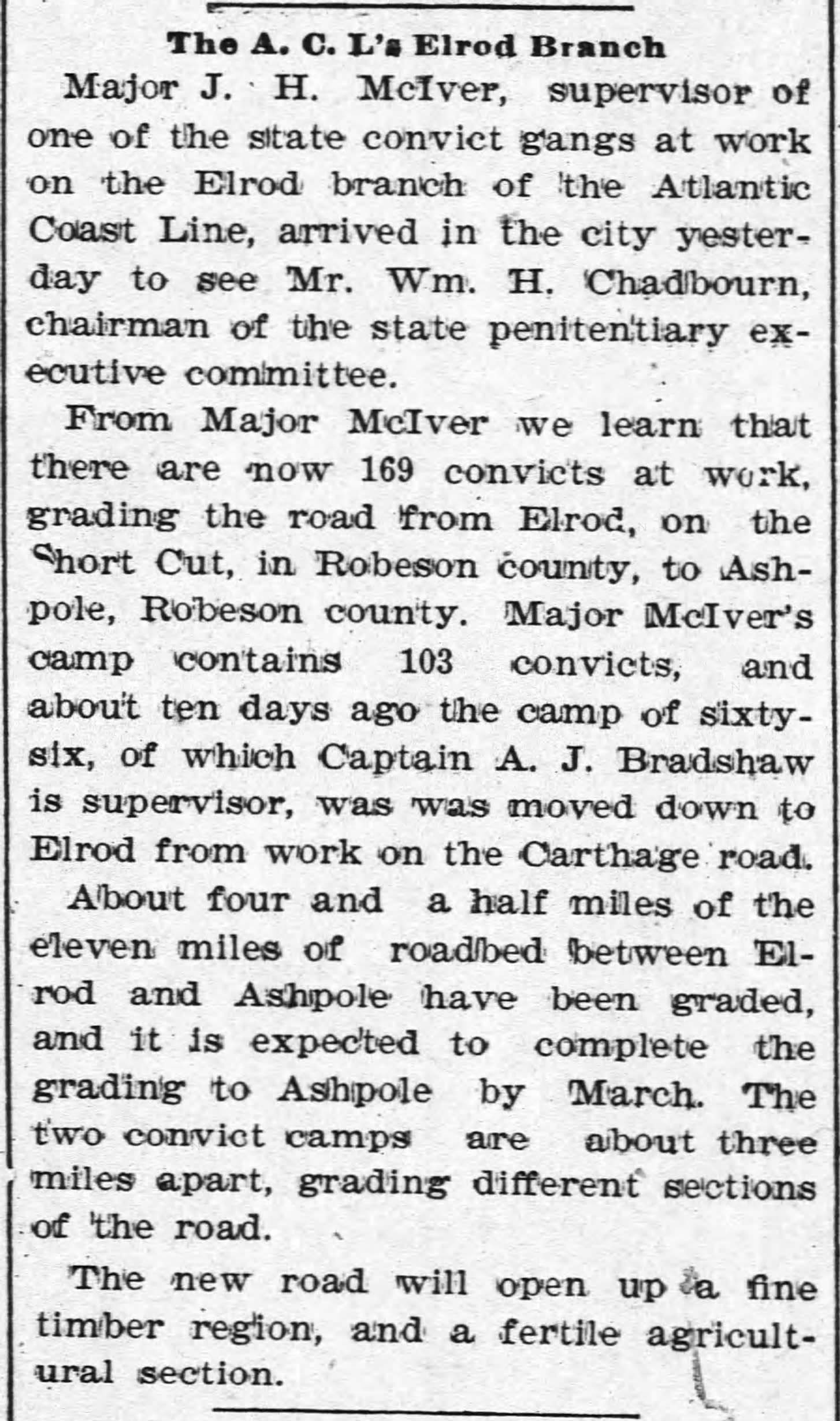 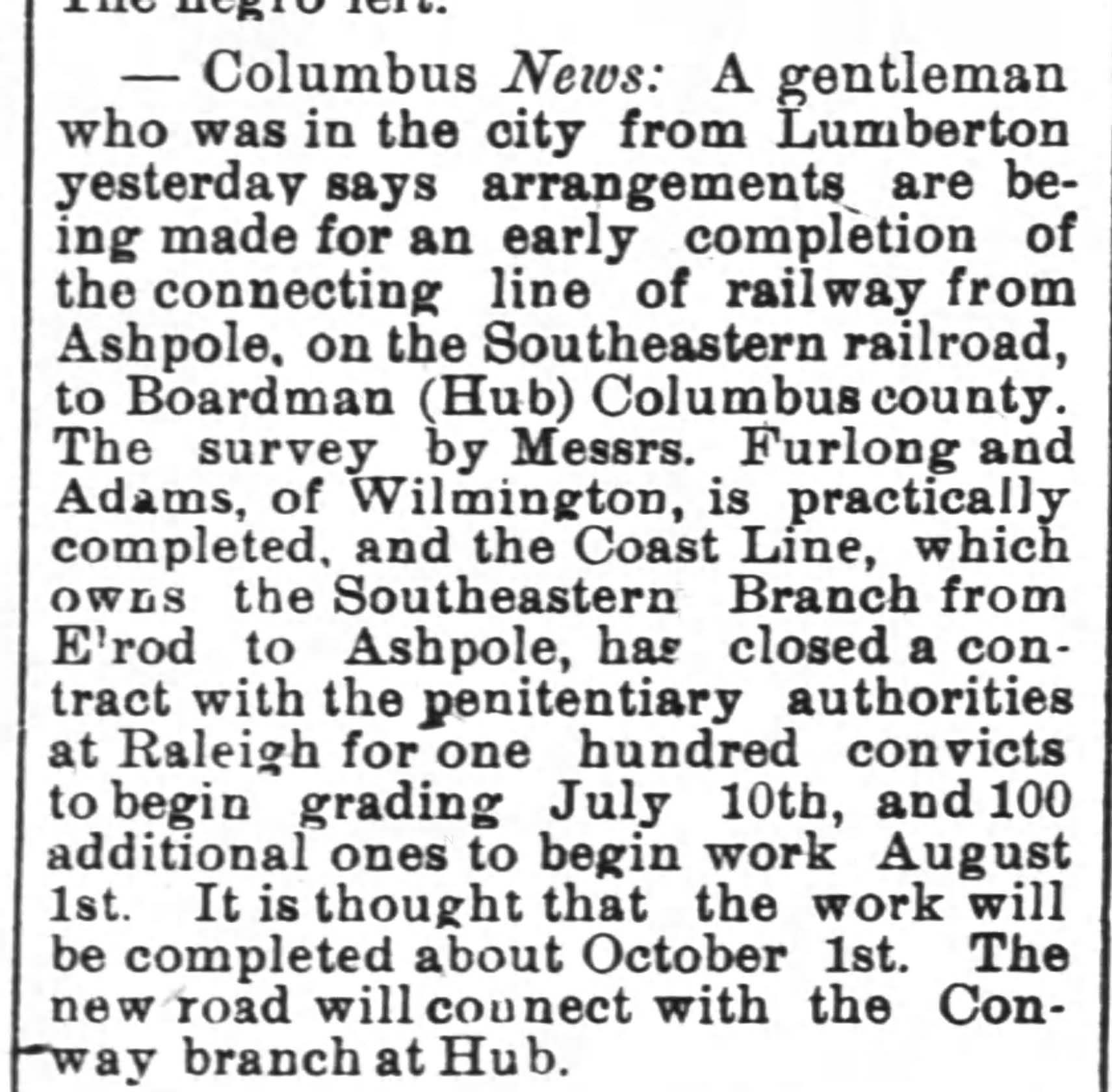