At the start of the twentieth century, any small town that had a physician also had a drug store, and it was usually owned by the doctor. Union City/Ashpole was no different. It's drug store was owned by Dr. John P. Brown and was called Ashpole Drug Company. When Dr. W. F. Stephens returned home to practice medicine, he opened one also.

In 1908, Dr. Brown sold his drug store to Henry Hampton Pittman, formerly of Fairmont, now returning from Winston-Salem. Pittman renamed the business Pittman Drug Company and, with Wiley R. Taylor as his able assistant, turned it into a thriving business. The soda fountain did a booming business and attracted many clients to the store. 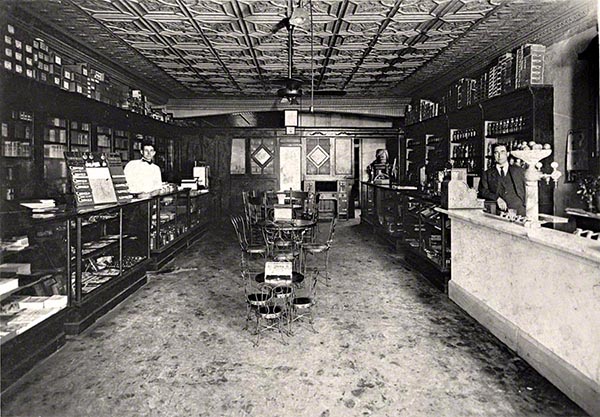 In 1922, Dr. A. H. Hayes and Dr. H. L. Price, together with C. A. Thompson and E. J. Pittman, opened Robeson Drug Company on Center Street. Pittman was the druggist and Thompson looked after the front end. Together with Fairmont Drug Company (owned by H. L. Blue) and Grantham Brothers Drugs (purchased Pittman Drug Co. at Pittman's death), Fairmont had three fully functioning drug stores in a town of about 1,500 people.

In drug stores then as now you could purchase many items besides drugs, cigars and cigarettes, candies, perfumes, etc. 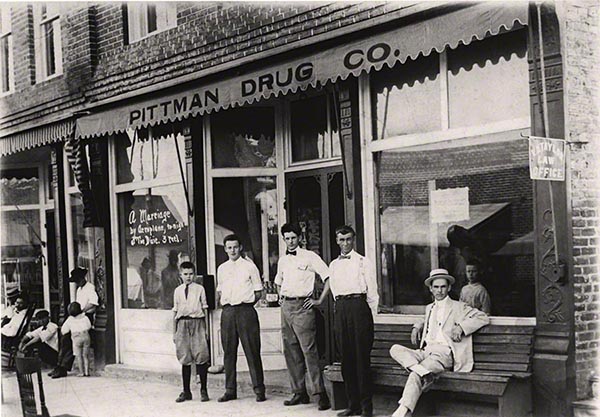