Dr. W. F. Stephens is the link which explains many items heretofore unexplained in Fairmont's history. Born on July 5, 1870, he was the second child of James Alfred Barney Stephens and Hannah Pittman. His mother, the daughter of Silas Pittman, inherited part of the land passed from Isham Pitman which became downtown Fairmont. It has always been said that Main Street divided Pittman land and Stephens land. Hannah Pittman Stephens was the connection for the Stephens family to this land.

Stephens did what we today would call an internship in a Baltimore, MD hospital and while there met Mary Pauline Willis who he would marry on October on October 15, 1902 in Chesapeake, MD. He opened his practice in Ashpole in the summer of 1899 before going to Maryland to intern. He would return home intermittently to see patients and maintain his practice as there was only Dr. John P. Brown serving the entire southeast section of Robeson County.

In 1899, Dr. Stephens and his brother Leslie (L. F.) purchased a lot on the northeast corner of Main and Center Streets for $600. There they built a building for the doctor's medical practice and eventually a drug store that he owned as well. For a short time, he partnered with Dr. W. O. Singletary in the drug store but in 1906 purchased Singletary's share of the operation. In 1907, realizing that he had a desirable location, leased his corner building to Sam Dunie for his department store. Dunie remained at this location until his retirement in 1940, purchasing the building in 1911. 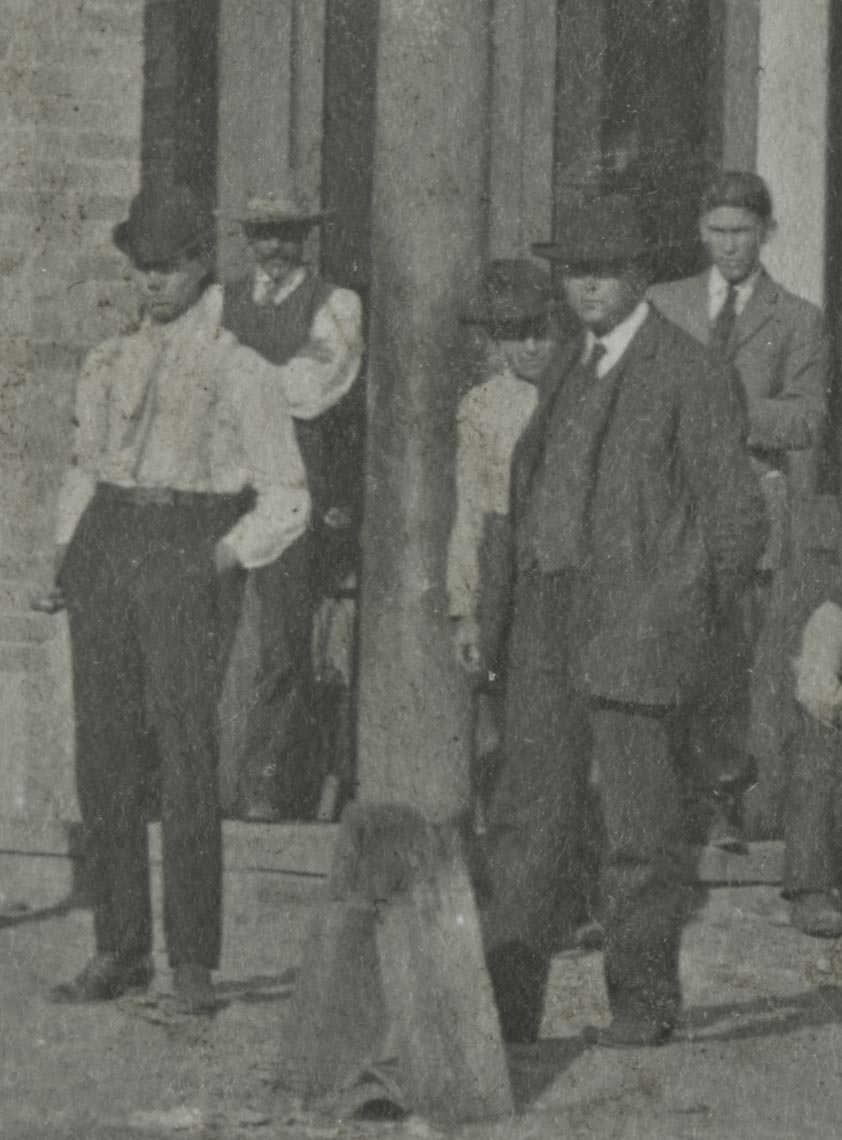 Dr. Stephens purchased the corner lot at Main and Iona in 1912. After constructing a building he opened his drug store there. This operation continued until his death in 1918.

Dr. Stephens was active in community affairs. In 1912, working in conjunction with the Robeson County Board of Health, he and Dr. J. P. Brown canvassed the area encouraging everyone to be vaccinated against small pox. Much credit is given to these doctors for helping to prevent an epidemic in the South Robeson area.

In 1918 he again canvassed the area encouraging everyone to engage in handwashing and other sanitary practices to help lessen the spread of influenza which was beginning to devastate the United States. While working 14-16 hour days treating patients, he himself contracted the virus and died on October 16, 1918.

By 1924 his wife and three small children had moved to Maryland where Mrs. Stephens lived when she met Dr. Stephens. They returned occasionally to visit family, but all property that she owned here had been disposed of by 1940.