Elijah Fisher came to Ashpole in 1899 as the first depot agent for the Southeastern Railroad. He was also a farmer and local businessman.

Fisher was born in the Rockfish area of Cumberland County on March 16, 1874 to Joseph Gilmore Fisher and Susannah Amanda Lancaster. Little is known of his life prior to coming to Ashpole but on July 17, 1901, he married Claudia Pittman, daughter of James Pinckney Pittman. Together they had a daughter, Grace, and three boys -- Willis, Pittman and Earl. 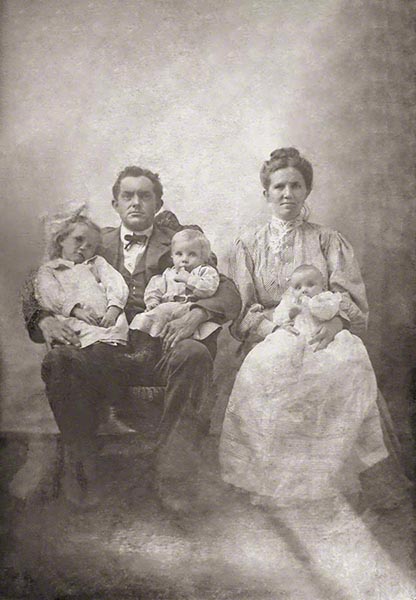 Fisher became active in the Ashpole business community from the time he arrived. In addition to his duties with the railroad, he farmed and started a brick manufacturing company with C. H. Hayes which had a 25,000 brick/day capability. Most of the brick in the downtown buildings came from his company. He also owned the local Cobb's Cola plant.

Fisher also found time to be active in community affairs. He was Master of Ashpole Lodge No. 528 and a member of the First Baptist Church. He was also mayor and town commissioner. His life was cut short when he was felled by Bright's Disease at age 48 on October 10, 1922.