Paul Herman Thompson was born to Charles Bascom Thompson and Alice Ivey Thompson on May 14, 1904, the twelfth and youngest child. His maternal grandfather was Stinceon Ivey, who was the first principal of Ashpole Institute. He was educated in the Fairmont School and, after graduation, attended the University of North Carolina School of Pharmacy, graduating in 1924. He worked for a time in Wake Forest, NC before returning to Fairmont in 1926.

With Wiley Taylor, he purchased the stock of Grantham Drug Company in 1926, changed the name to Fairmont Drug Company and opened for business. Initially they were located in Dr. Brown's building which had housed Pittman Drug Company, but in 1930 moved to their familiar location on Main Street at Center Street. 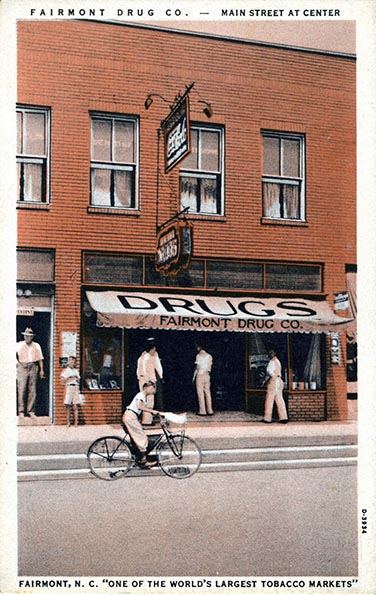 In November, 1935, Wiley Taylor died of heart disease at age 47 but Thompson continued the operation. The soda fountain attracted much walk-in business and was a gathering point for downtown Fairmont, and the drug business prospered. In the 1930's the store was one of only two pharmacies in the county which had two full-time pharmacists on staff. During this time, Thompson branched out to purchase a pharmacy in Rowland and an interest in one in Lake View, SC. 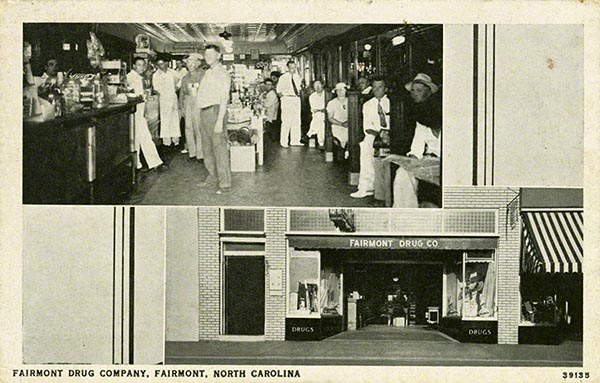 In 1934 he ran for a seat in the NC Legislature from Robeson County and won, but after the death of partner Wiley Taylor, he did not seek reelection.

Married since 1929 to Magenta Lassiter, daughter of Mr. & Mrs. D. C. Lassiter, Thompson had become a fixture in the community. During World War II, he helped organize and was first president of the Robeson County Club, was chairman of several war bond drives in the county and was a deacon in the First Baptist Church. 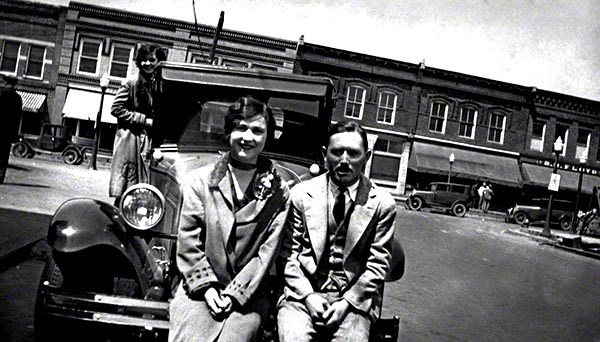 This photo of Magenta and Paul Thompson was made on their wedding day in 1929. Photo credit: Paul Thompson, Jr., used with permission.

In 1944, he was kidnapped while returning from his farm, assaulted, robbed and held in the trunk of his car as the kidnapper drove around the area during the night. The kidnapper was sentenced to 20 to 30 years in prison and Thompson was not seriously injured.

Thompson briefly dabbled in the tobacco business, managed his farms and traveled with his friends to play golf throughout the southeast. 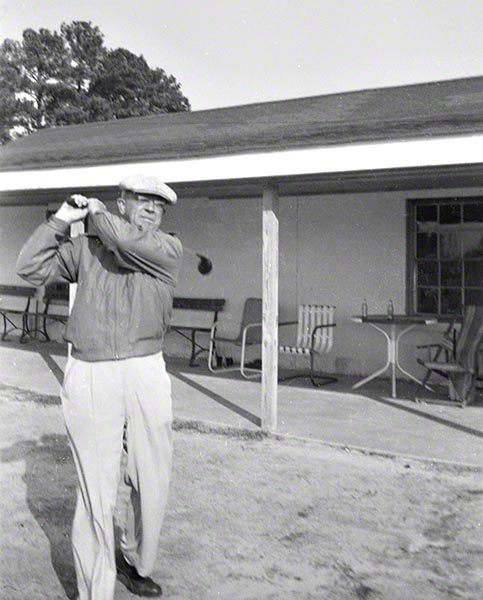