Educational opportunities in the rural South during the 1870's were almost non-existent. Many children had only basic instruction, enough to learn to read, write and do arithmetic but not much else. In Ashpole, Rev. A. R. Pittman realized that area children needed more and began to encourage his congregation to build a school. As a prominent minister in the Cape Fear Baptist Association, he encouraged the establishment of a high school promoted and supported by the association.

The members of the Ashpole Baptist Church, spurred on by Rev. A. R. Pittman, established a corporation to acquire land near the church on which to erect a school and began selling stock in the corporation for $25/share in November, 1877. Rev. Pittman became president of the corporation. 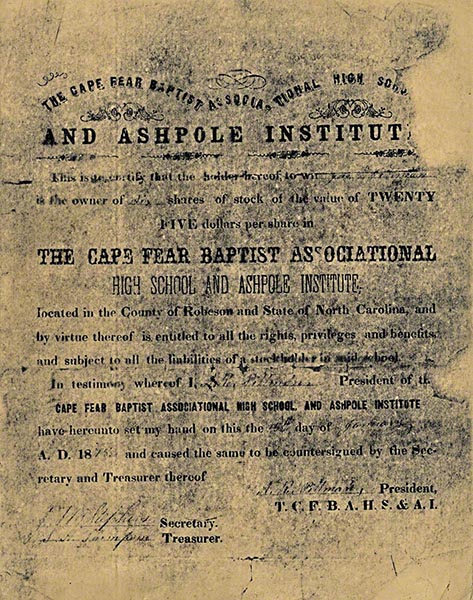 The name of the organization was The Cape Fear Baptist Associational High School and Ashpole Institute. Stinceon Ivey was hired as principal and classes began in February, 1878 in the church sanctuary. There were five people in the first class, four boarding students, William and Gussie Williamson, Preston and Orton Grainger, and P. B. Thompson, the local student. Two five-month terms were conducted during the year. 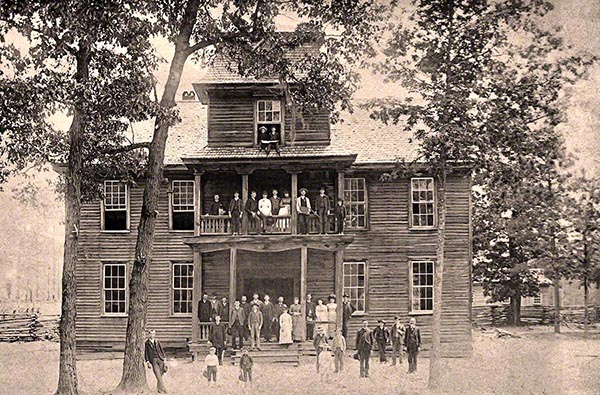 As word spread throughout the association, attendance increased to a point where more than one hundred students attended. The Institute produced many ministers as a result of its close association with Wake Forest College. Its curriculum aligned with that of Wake Forest to the point of using the same textbooks for Latin and Greek. Prominent pupils were Rev. W. P. Pope, Baptist minister; Rev. Everette Ward, minister; John Bethune Carlyle, Wake Forest professor; Rev. I. P. Hedgpeth, Baptist minister; and Dr. John P. Brown, doctor and real estate developer. 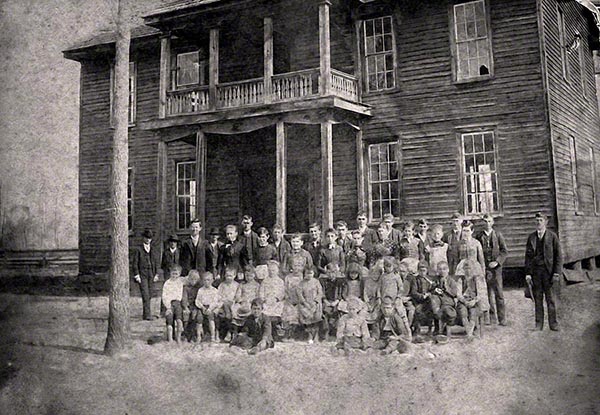 This photo made in 1886. Photo credit: First Baptist Church archives 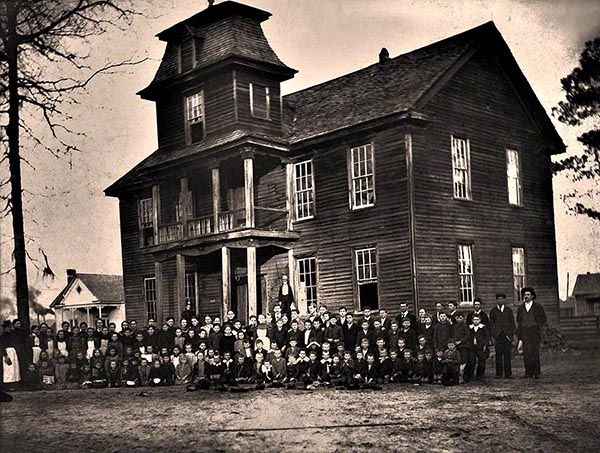 This photo was made in 1899. Photo credit: Paul Thompson, Jr., used with permission

The Institute operated from 1878 through 1901, then for two years it was privately operated without church affiliation. Its demise coincided with the advent of free public schooling in North Carolina first implemented during Gov. Charles B. Aycock's administration. By 1906 the school was not operating and its land and facilities were auctioned off in October, 1906.