Alfred Rowland Pittman was born June 18, 1829 to Nathan Byrd Pitman and Sarah Elziph Pitman in Robeson County, North Carolina near the village of Ashpole. He married Mary Catherine McArthur on January 15, 1852. Together they had three children -- Adelia Melvina, Alexander McArthur and Nathan Rowland. Sarah died within hours of Nathan's birth, leaving A. R. with three youngsters to raise by himself.

For some time afterward, A. R. felt moved to preach the gospel, and on May 15, 1859 he preached his first sermon in Ashpole Church. He married for the second time on December 25, 1860 to Mary Ellen Watson of Marion County, South Carolina. Together they had eight children, four of whom died in infancy. Those surviving were Mollie, Alfred E. C., Snow and Isham.

He served the Ashpole Baptist Church as pastor for more than 30 years in non-consecutive tenures as well as other churches in Robeson County. He was moderator of the Robeson Baptist Association every year from its inception in 1883 until his death in 1902 except one year. 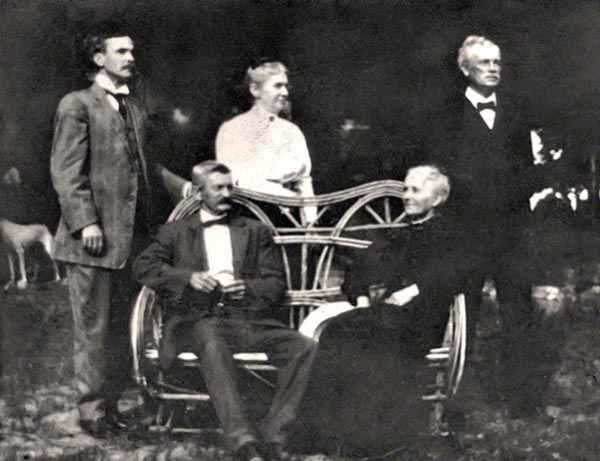 One of his most significant accomplishments was the establishment of Ashpole Institute. He conceived the idea, then sold it to the Ashpole congregation. They formed a corporation and sold stock to build a building and hire a principal. Then he convinced the Cape Fear Baptist Association to sponsor the project. The association approved this in their October, 1877 annual meeting and the school opened in January, 1878, conducting classes in the Ashpole sanctuary until the building could be completed.

He travelled throughout Robeson and Columbus counties and upper Marion county in South Carolina selling the benefits of the school and soliciting funds for its upkeep. He recruited Rev. Stinceon Ivey to be the principal. For almost 25 years the school served as a feeder for Wake Forest College.