North Carolina's system of free public education spread slowly to the mostly rural southeastern North Carolina. Areas such as ours relied on private schools funded by monthly tuition. Some wealthier farmers hired an instructor for their children and their neighbors' children and classes were taught in their homes. Children received the very basics in two or three months of classes a year.

This situation made Rev. A. R. Pittman of Ashpole Baptist Church impatient to improve schooling for the young people of the area. Thus was born the Ashpole Institute, created by the Cape Fear Baptist Association at their October, 1877 meeting. Even though free public schooling had been established by the legislature prior to the Civil War, it had not yet come to our area. There was a county superintendent who examined and certified teacher candidates but not much else. Funding was still very much a local obligation, and we were a poor county which placed a lower value on educating its young.

Gov. C. B. Aycock was instrumental in the spread of free schooling to our area. When the free school was opened in 1901, Ashpole Institute began an enrollment decline leading to its closing in 1904. A. L. Jones built a wooden building that was given to the town for a schoolhouse but after little more than a year it burned to the ground.

The town fathers appealed to the NC State Board of Education for funds to build a new, modern brick schoolhouse. Funds were received and the first brick schoolhouse in Robeson County was constructed on Church Street.

The building was dedicated in a Masonic Cornerstone Ceremony in 1906 and was a big deal to the community as evidenced by the number of people in the photograph shown here. 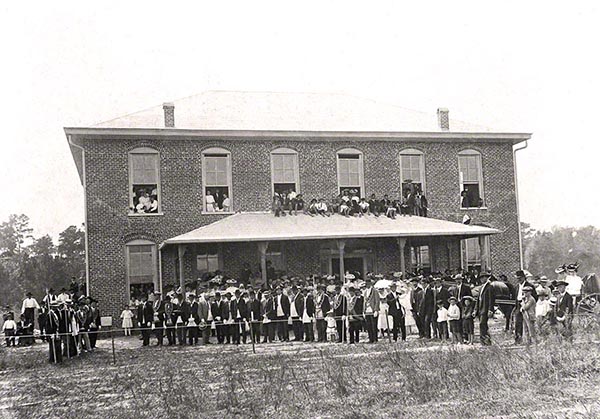 In 1910, anticipating a large increase in attendance from new families arriving with the Beaufort County Lumber Company, the building was increased in capacity by 50 per cent. 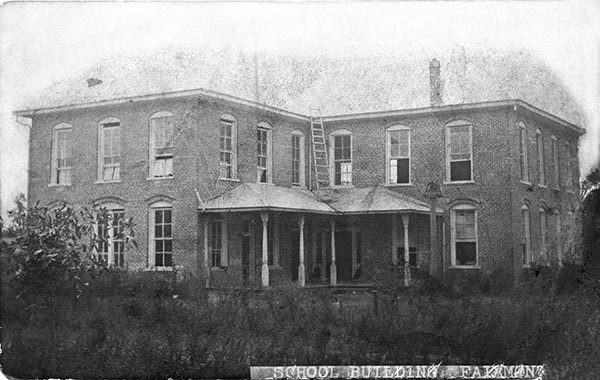 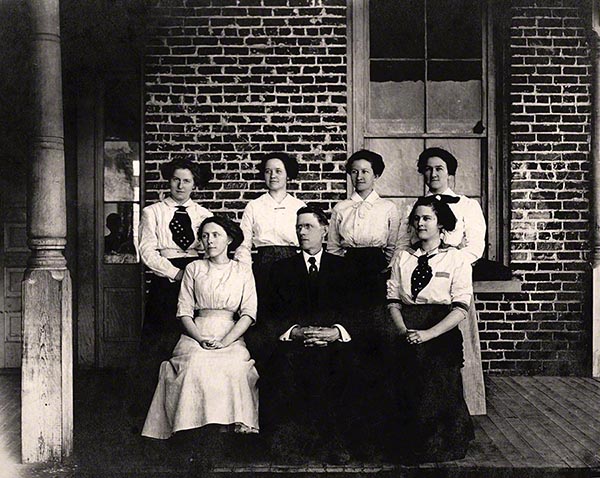 Compulsory attendance laws enacted in 1913 assured steady growth into the 1920s, and in 1923, Talmage S. Teague was hired to be superintendent in Fairmont.